Gas fire extinguishing systems have been used since the early 1930s. It was welcomed at the time for the lack of alternative solutions. However, over time, problems with its use challenged the technology, and inventors sought to introduce new technology to improve the performance of firefighting systems and solve their problems.

Some of the disadvantages of using gases are as follows:

Aerosol is commercially produced and available in tanks with different capacities.

Solid aerosol is non-toxic and inert and remains stable until it is electrically or thermally activated, and when activated, it produces a combination of solid micro-sized particles (aerosol) with high extinguishing properties.The aerosol physically and chemically attacks the fire, instantly extinguishing the fire and preventing it from flare up again (and in real conditions from exploding). In many applications, the aerosol is the only practical alternative to halon and gases. It is neutral.
The idea of fire extinguishing is unique in this system, a solid chemical, when stimulated electrically or thermally, creates a combination of solid micron-sized micron-sized particles of dry matter.
Dry chemical particles (mostly potassium carbonates) and a mixture of gases (mostly carbon dioxide, nitrogen, and water vapor) mix together to form a unique extinguishing aerosol.
Before the aerosol spreads to the covered area, the aerosol particles pass through a coolant and reduce the aerosol temperature optimally and help to distribute the material evenly in the environment.
The very high velocity of the aerosol discharge will have an instantaneous effect in extinguishing the fire. The aerosol microparticles act like a cloud and scatter in all dimensions, allowing the extinguishing agent to diffuse rapidly and penetrate far from the most accessible and obscure points.

Uniform diffusion occurs in less than a few seconds and long shelf life will prevent re-ignition.

In addition, in the standard and in theory, it will not have any detrimental effect on human health, the environment and equipment. So far, there have been no reports of damage in practice.

Advantages and features of the aerosol system

Installation without complexity and quick restart Simple to install & Recommission 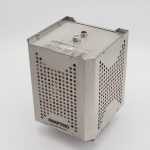 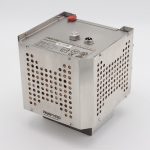 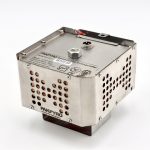